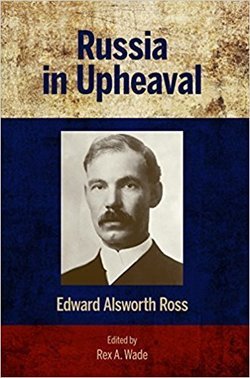 Edward Alsworth Ross, one of the founders of the academic field of sociology, spent July December 1917 traveling across the Russian Empire and talking to the people there. As he states in his brief introduction, I have taken it as my business to describe impartially the major social changes going on in Russia ... in the latter half of 1917, and leave it to others or to time itself to judge them. Ross follows through on that promise remarkably well, describing Russian peasants, the urban educated class, industrial workers, women, religion, people who had been imprisoned under tsarism, religion, the people of the Caucasus and Central Asia, and the proposals for democracy, among other topics.

Though this unique account focuses more on the people and less on politics than other accounts of the time, Ross includes a fascinating account of a lengthy private interview with Trotsky in December 1917. He ends the book by looking ahead to Russia s possible future, from a perspective after the Bolsheviks took power but before the Civil War changed everything. Delving into important themes rarely mentioned in other foreigners writings about the Russian Revolution, Russia in Upheaval gives a unique sense of the times. 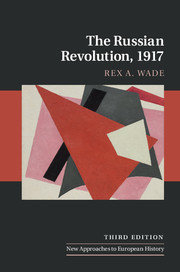 Rex A. Wade presents an essential overview of the Russian Revolution from its beginning in February 1917, through the numerous political crises under Kerensky, to the victory of Lenin and the Bolsheviks in the October Revolution. This thoroughly revised and expanded third edition introduces students to new approaches to the Revolution's political history and clears away many of the myths and misconceptions that have clouded studies of the period. It also gives due space to the social history of the Revolution, incorporating people and places too often left out of the story, including women, national minority peoples, peasantry, and front soldiers. The third edition has been updated to include new scholarship on topics such as the coming of the Revolution and the beginning of Bolshevik rule, as well as the Revolution's cultural context. This highly readable book is an invaluable guide to one of the most important events of modern history.
http://www.cambridge.org/gb/academic/subjects/history/twentieth-century-european-history/russian-revolution-1917-3rd-edition?format=PB#bAhqOpcUA3AgH4rw.97