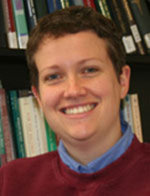 Directed by professors Sharon Leon and Sheila Brennan, A GMU Ph.D,  Histories  is a place-based public history mobile website developed by RRCHNM with support of a grant from the National Endowment for the Humanities. Designed primarily for tourists in Washington, DC, mallhistory.org reveals that the National Mall has a history of its own that is invisible when walking along its paths and lawns.  There are four different entry points– place-based, thematic, chronological, and biographical–allowing users to connect the physical space and its development, together with the social, cultural, and political events that have transpired there.

The project’s co-directors, Sheila Brennan and Sharon Leon will accept the award at the NCPH conference in April on behalf of the Center and the project team. Read about all of the NCPH award winners and their achievements. (PDF)

The Histories project is successful because of the exemplary contributions from an enthusiastic team of faculty, staff, and graduate students who have been collaborating since 2012.