The Secretary of the Treasury has announced plans to significantly redesign the ten dollar bill, which is next in a series of security related redesigns over the past decade. The Secretary convened a roundtable discussion at the Smithsonian's National Museum of American History. Participants included, in addition to Secretary Jack Lew,  the Treasurer of the Unites States, the Secretary of the Smithsonian, the director of the National Museum of American history, and a number of historians, political scientists, and museum specialists. 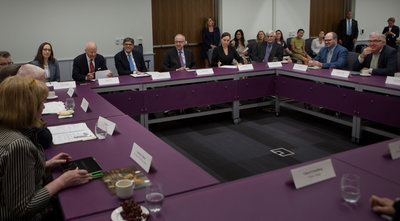 The Secretary would like to place a distinguished woman on the new ten. The law mandates that person on currency must be A: American citizens and B: deceased. Harriet Tubman, Ida Wells, Eleanor Roosevelt, Jane Addams, and Rosa Parks were among the names often mentioned.

O'Malley reports that despite having to sign all that currency, the Secretary and the Treasuer seemed digitally unimpared