NEH-Sponsored Research that Brings a Unique Group to Life

—Steven Barnes on the Gulag Wives

From the 1930s to the 1950s, the Soviet Union operated a system of forced labor camps known as the Gulag. These camps served two roles: as the Soviets’ penal system and, more notoriously, as tools of political repression. Many millions of people—convicted criminals and political prisoners—were relocated to the distant labor camps during this period. Many of these people never left.

Steven Barnes, a faculty member in the Department of History and Art History and in the Program in Russian and Eurasian Studies, is a specialist in the history of the former Soviet Union.

His first book, Death and Redemption: The Gulag and the Shaping of Soviet Society, published by Princeton University Press in 2011, traces the Gulag system from its beginnings in 1917 through its decline following the death of Joseph Stalin in 1953. 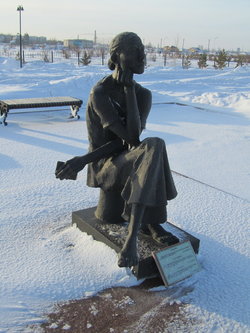 Death and Redemption places the Gulag within the structure of Soviet society, emphasizing its primary role as a penal institution designed to sort prisoners into those who would be “reeducated” through harsh forced labor and allowed to return to society, and those who would die in the camps and never return. Death and Redemption was awarded the Herbert Baxter Adams Prize from the American Historical Association, and the Baker-Burton Award from the European Section of the Southern Historical Association for best first book in European history. It was also shortlisted for the Central Eurasian Studies Society book prize.

Barnes is now revisiting the Gulag with a new project that examines a particular camp known as Alzhir and the unusual population incarcerated there. The National Endowment for the Humanities has awarded him a fellowship for 2016- 17 to complete the book Gulag Wives: Women, Family, and Survival in Stalin’s Terror.

Gulag Wives describes a group of Soviet political prisoners that was arrested subject to a secret police order that targeted Soviet citizens designated “ChSIR,” or “family members of traitors to the Motherland.” These were family members—usually wives—of people who were targeted, imprisoned, and routinely executed for being enemies of the state during the “Great Terror” from 1937-38, when the Soviet state executed as many as 800,000 people in the course of about 18 months. Barnes explains, “They arrested them not for themselves supposedly being criminals, but just for having been married to this person who was arrested and in almost in every case, someone who was arrested and executed.”

The prisoners who were arrested under this decree were a distinct group: They tended to be well educated and part of the Soviet elite. Sentenced to five to eight years, they were held in special camp subdivisions away from the general camp population of thieves and prostitutes, although they faced the same brutal conditions: harsh cold, inadequate food and shelter, forced separation from their children, and forced labor. Gulag Wives uses research from formerly top secret Soviet archives along with unpublished letters, memoirs, and interviews of the former prisoners to tell the story of these women’s experiences. 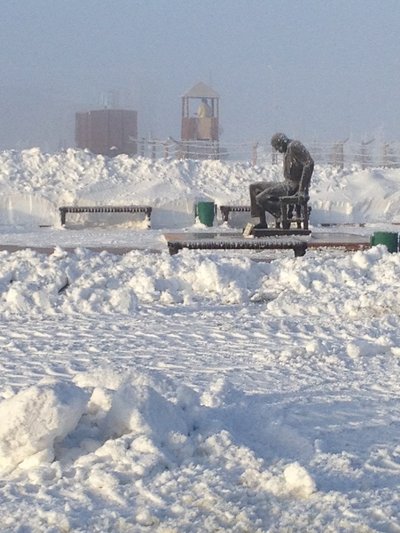 Barnes appreciates the opportunities that the fellowship offers. He completed the majority of his research during a research leave several years ago, when he traveled to Russia and Kazakhstan to locate the archives and memoirs he needed. “This will give me the time to completely finish the manuscript,” he says. “The plan is by the end of that academic year, I’ll have the manuscript done and sent off to a publisher.”

Brian Platt, chair of the Department of History and Art History, was excited to hear the news of Barnes’s fellowship. “Barnes’ first book has already made him a leader in the study of the Gulag,”

Platt says. “This fellowship will give him the time to finish the second book, which will establish him as the English-language authority on the subject.”

Platt is also proud of this latest example of his department’s success with earning NEH fellowships. “This particular grant program—year-long fellowships for tenured faculty—is intensely competitive. These fellowships are sought after by senior scholars at every university in the country. We’ve now been awarded eight of these in the last decade—almost twice as many as any other humanities department in the nation during that span.”

Barnes’s work will illuminate an important facet of a difficult chapter of Soviet history, told through the voices of the women who lived through it. Moreover, his research will touch on the ways in which the former Soviet Union faces and represents its own past.

This article was originally published in the 2016 edition of Cornerstone.