Michael O'Malley is the author of Keeping Watch: A History of American Time, and Face Value: the Entwined History of Race and Money in America.  Keeping Watch explores the transition from natural to mechanical sources for time, and the invention of standard time and daylight saving. Face Value is a history of the ways Americans argued about race when they argued about the subject of money and value. O'Malley is also co-editor of a collection of essays, The Cultural Turn in US History: Past, Present, and Future.

His most recent book, The Beat Cop: Chicago's Chief O'Neill and the Creation of Irish Music  is forthcoming in 2022 from the University of Chicago Press. It's a biography of Francis O'Neill, an immigrant who rose to be chief of the Chicago Police and who was obsessed with defining and collecting Irish folk music. 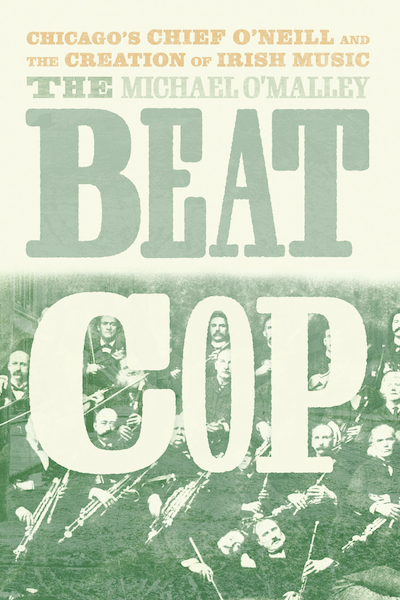 Other research interests include the history of American music, the technology of sound recording, and the trajectory of eugenics in the 20th century. Surprisingly, the State of Virginia has declared him to be "colored."  He is currently researching a book about about the relationship between history and genealogy, focusing on the career of Walter Plecker, who declared his ancestors to be colored people.

O'Malley helped establish the Roy Rosenzweig Center for History and New Media at GMU, and was one of the early pioneers in the use of digital media. He has published and presented on web design for historians and remains active in the field.

With Matt Karush, he was awarded $150, 000 from the NEH for Hearing the Americas, a website that annotates and explores the first two decade of recorded music in the New World

I'm working on a book, tentatively titled Bodies of Record, about the relationship between family history, genealogy, and state authority. The book will focus largely on Virginia, and range from the Civil War era through the rise of commercial genetic testing services. The book will focus closely on the history of the color line in Virginia, including my great great grandparents, who were legally declared to be colored in 1884.

The Beat Cop: Chicago's Chief O'Neill and the Creation of Irish Music, forthcoming winter 2022 from the University of Chicago press

Face Value: The Entwined History of Race and Money in America (Chicago 2012)

With James Cook And Lawrence Glickman, The Cultural Turn in US History: Past, Present, and Future (Chicago 2009)

"Money and the Everyday: Paper Money, Nationalism and Community in the Antebellum US," in Federico Neiburg and Nigel Dodds ed, A Cultural History of Money in the Age of Empire (London, 2019)

“Specie and Species: Race and the Money Question in 19th Century America,” and “Response to Nell Irvin Painter,” both in American Historical Review 99 (April 1994)

“Free Silver and the Constitution of Man: The Money Debate and Immigration at the Turn of the Century,” in Common-Place (Vol. 06, No. 03, April 2006)

Jeri E. Wieringa, A Gospel of Health and Salvation: Modeling the Religious Culture of Seventh-day Adventism, 1843-1920 (2019)

Anne McDivitt, We Take Fun Seriously: The Creation of the Video Game Industry in the United States (2018)